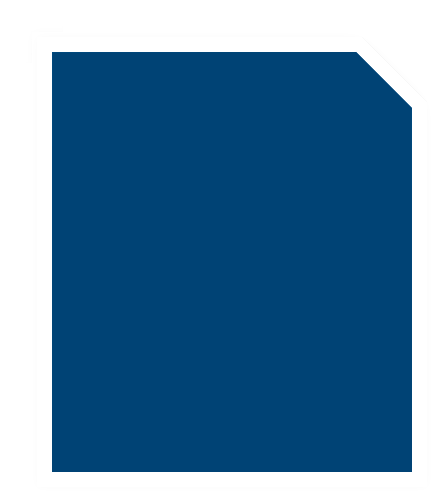 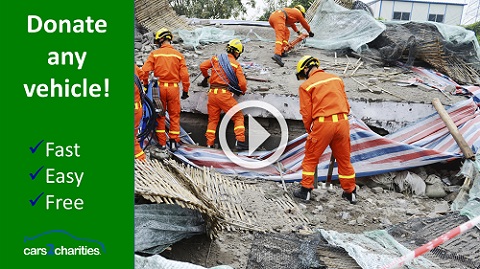 Some of the organizations we work with include:

None of these ring your bell? Call us: we'll contact YOUR favorite charity!

We maximize the donation for both our donors and charities

How will donating a car aid disaster victims? 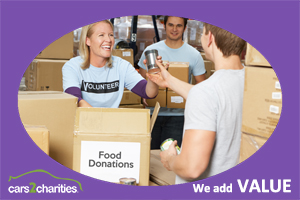 When disaster strikes here at home or halfway around the world, it’s hard to stand by helplessly, wishing you could reach out, but not knowing exactly how. There’s one thing that’s always needed by victims and that’s monetary support. For domestic disasters, like earthquakes and tornadoes, FEMA can only do so much. And when disaster relief agencies sendsvolunteers all over the world to mitigate the suffering of children, they need our help.

You can play an important role in the lives of those who are suffering when you donate a car to help with disaster relief. It’s hard to believe that something we almost take for granted – a car you no longer want – can bring such comfort to the lives of others.

Yes, we turn the car, truck or SUV you no longer need into food, shelter, medicine, water and other important resources by maximizing its value and transmitting the net proceeds from the sale to whichever non-profit you choose. Whether the cause is climate change or famine, sometimes the human rights of others need protection. Or you can be involved in alleviating suffering through World Impact, or any of the other great charities listed above.

How do I donate a car to help victims of a tornado, hurricane or tsunami?

Katrina, Sandy, Andrew. We know these names for the devastation they caused. Those hurricanes, like the tsunamis that put places on the map like Indonesia, Northern Japan and the Southwest Philippines, remind us how constant the need for disaster aid is around the world.

It’s comforting to know that when people in any part of the world are victims of powerful devastation, there are those who can direct aid to the eye of 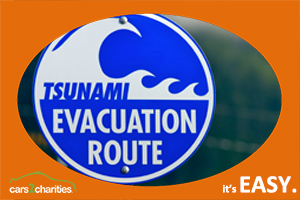 the storm. Calling on agencies like FEMA or the National Emergency Response Team are sometimes necessary, but you can direct aid with a charity car donation for disaster relief. That’s where we come in.

When you donate your car for disaster aid, we funnel the net proceeds to whichever charity you believe offers the kind of assistance needed by those who are suffering. (Charities reimburse the cost of towing, improvements, and handling fees, to turn vehicles to cash as quickly as possible.) You can help the most helpless – children – by donating a car to disaster relief through Food for the Hungry, for example. It takes the chore of deciding what to do with your old car and turns it into money for the cause.

What other kinds of disaster relief can I support with vehicle donation?

When you choose which charity gets the net proceeds from the sale of your car, the support goes to the kinds of relief targeted by that particular nonprofit. That means you can actually be a resource of response to earthquakes, fires, floods, hurricanes – any number of possibilities. With Cars2Charities, there is no limit to the range of support you can provide with a charity car donation for disaster relief.

Some devastation that requires aid is the result of other occurrences. Hurricanes cause floods. Fire -- which is sometimes called “a good servant, but a bad master,” isn’t always the result of carelessness or faulty wiring. Earthquakes and volcanic eruptions can result in fires, and there are natural firestorms stemming from forest fires also. 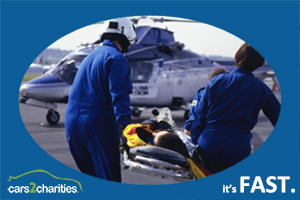 The vast majority of tsunamis occur following an earthquake. For instance, the tsunami that struck Japan in 2011 followed an 8.9-magnitude shake-up. A quake alone can cause enough devastation to warrant a massive need for support to the people suffering. When Haiti was devastated by the earthquake in 2010, weren’t you among those who tried to help? Though it was too far away to actually assist personally, a vehicle donation for disaster relief is one way to do that.

According to the American Red Cross, floods are among the most frequent and costly natural disasters. Some of the worst in recent years have occurred in India, Pakistan and Bangladesh. One nonprofit organization reached an estimated 100,000 people in Bangladesh following the country’s worst flooding, by providing emergency supplies and medical care.

What are donors saying?

Lots of organizations accept vehicle donations. You tell us which program is on your heart through which to provide disaster relief. We will contact them and work to make arrangments for your 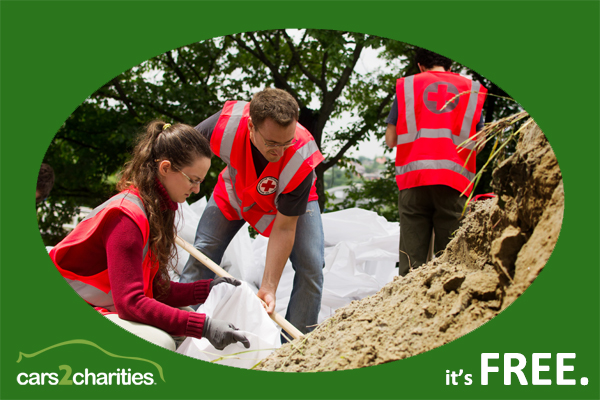 funds to support their critical mission and start helping victims right away.

Many of us may joke about being “foodies,” but nearly one in three people – even many in the U.S. – don’t have enough to eat. Your car, truck or SUV donation to disaster relief through Food for the Hungry is a way you can play a part in meeting someone’s needs. 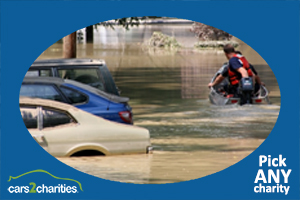 So, if you’re ready to provide aid for a disaster that’s currently unfolding, or to help bolster the reserves of agencies that need to be ready at a moment’s notice, car donation for disaster relief can bring great comfort for families and children recovering from devastation. Just pick a non-profit, or call us to add your own favorite.